Subject to status and conditions

Sorry we could not find anything that matches this criteria, please try adjusting your filters.

* If your vehicle exceeds the contract mileage an excess charge will apply.
You will not own the vehicle the end of the contract. Vehicle must be in satisfactory condition on return, damage charges may apply. Please ask for further information.

Images are for illustrative purposes only. 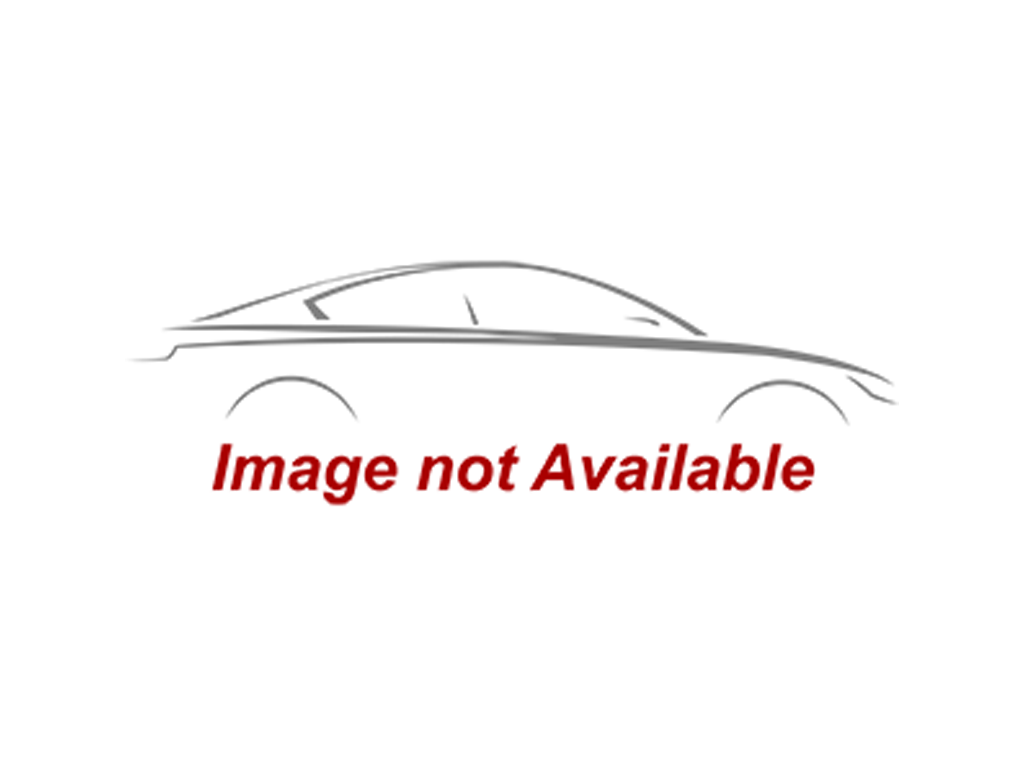 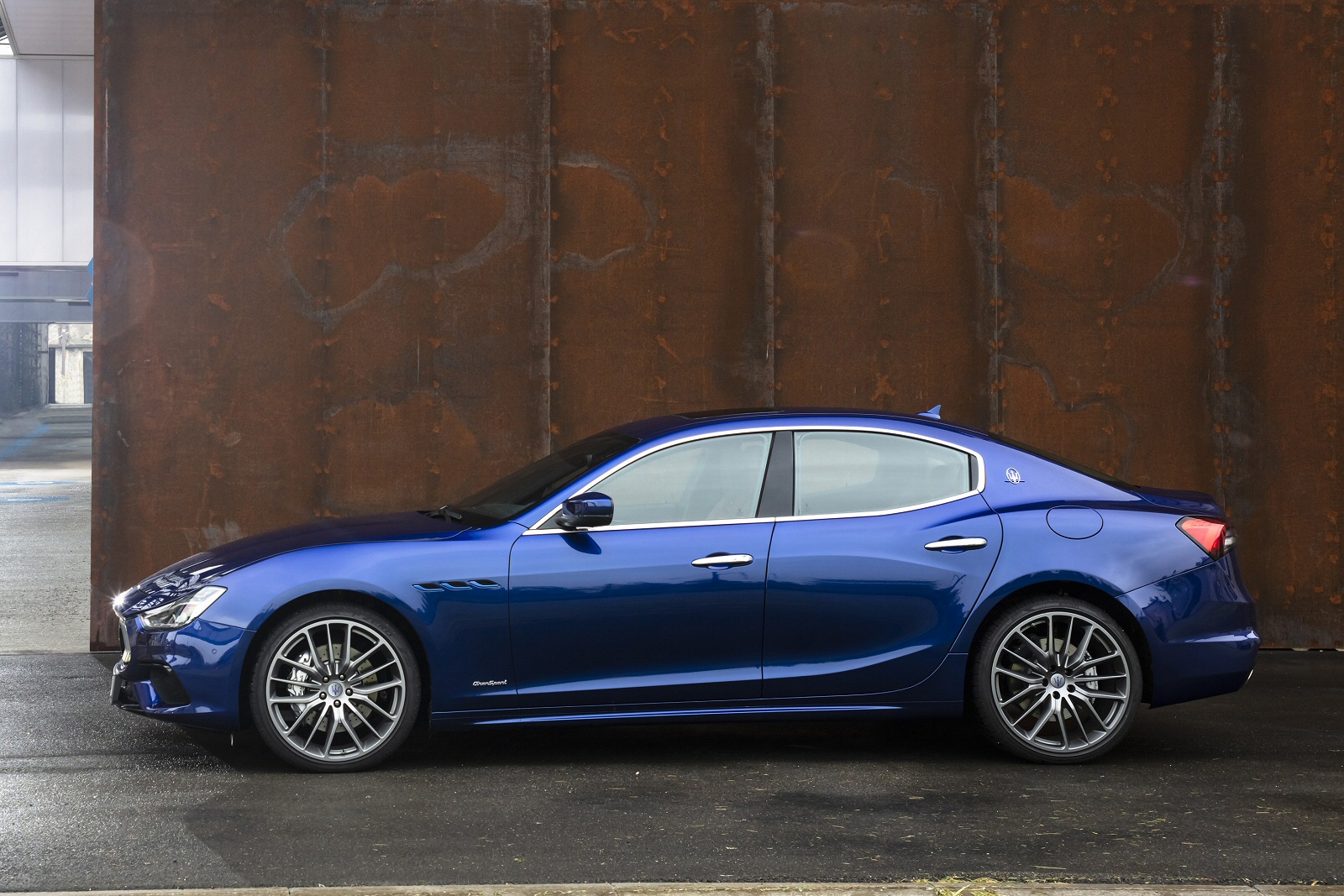 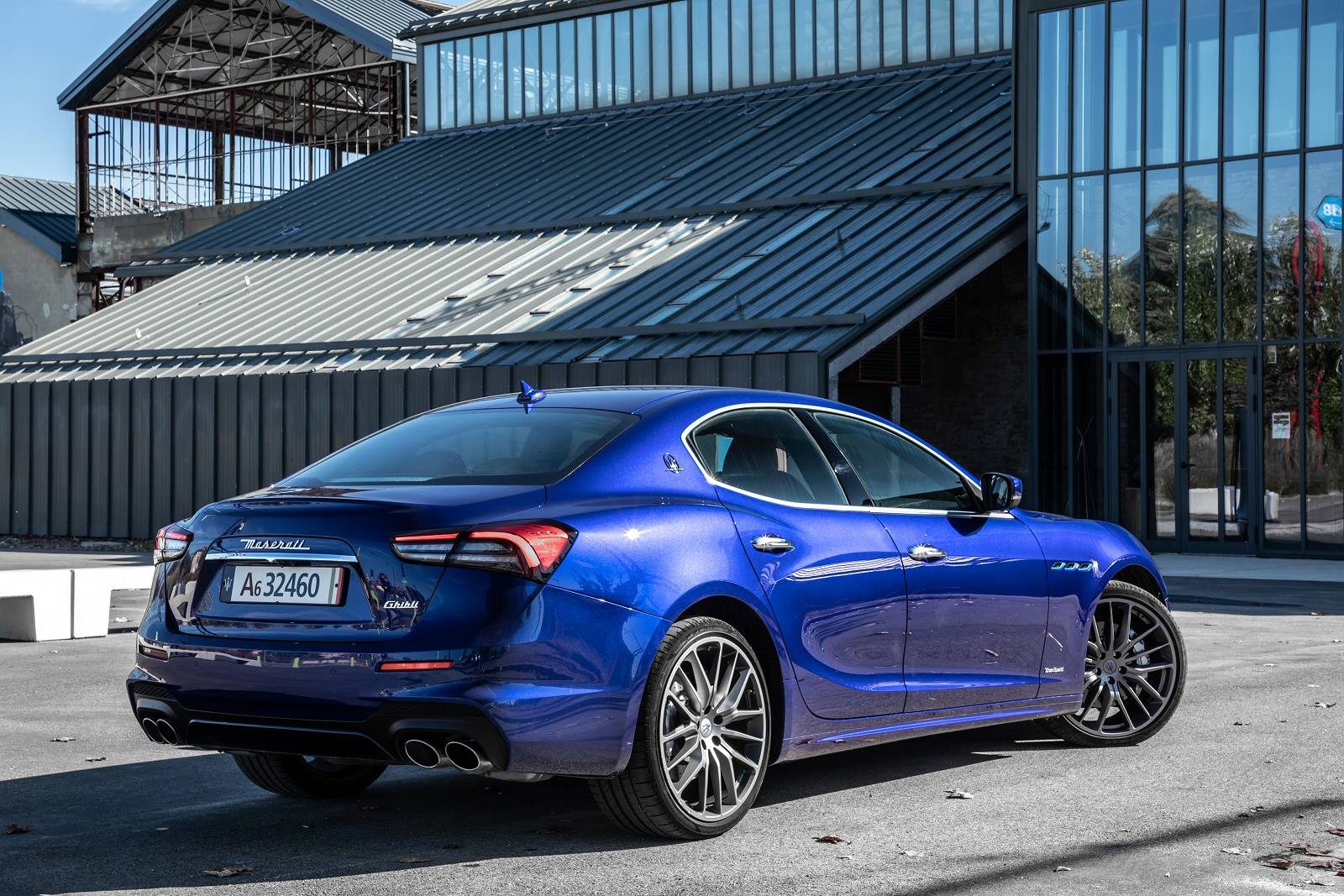 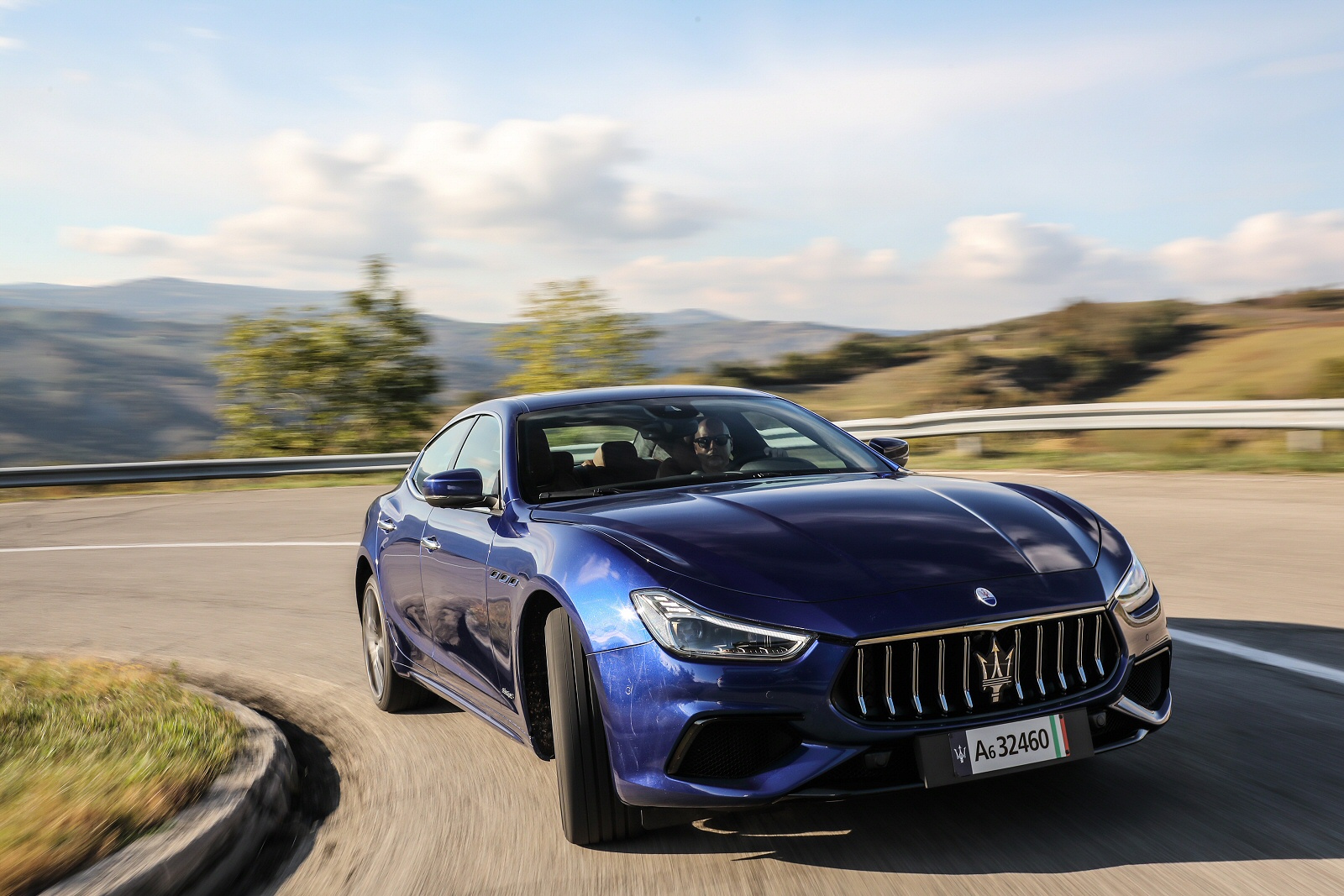 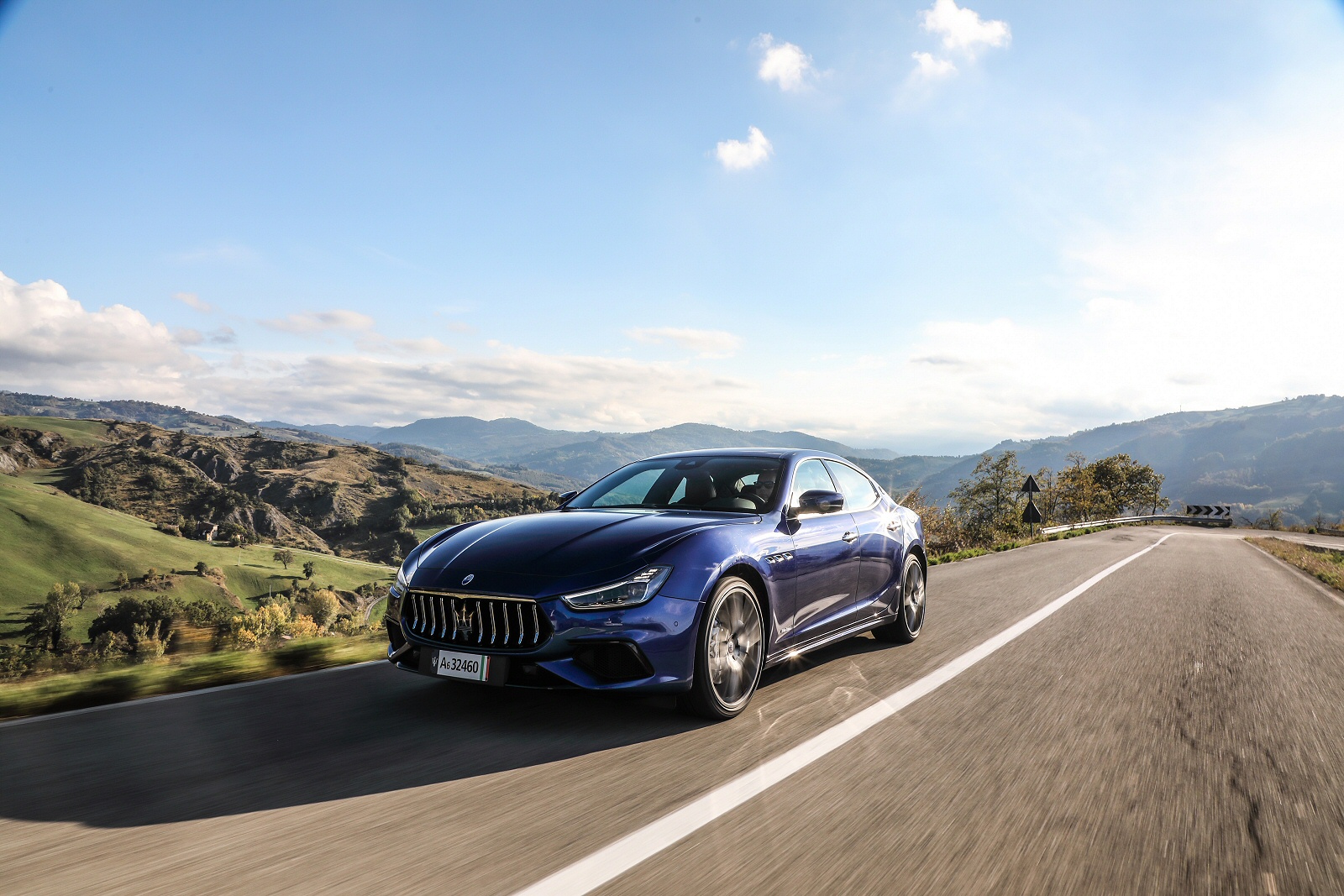 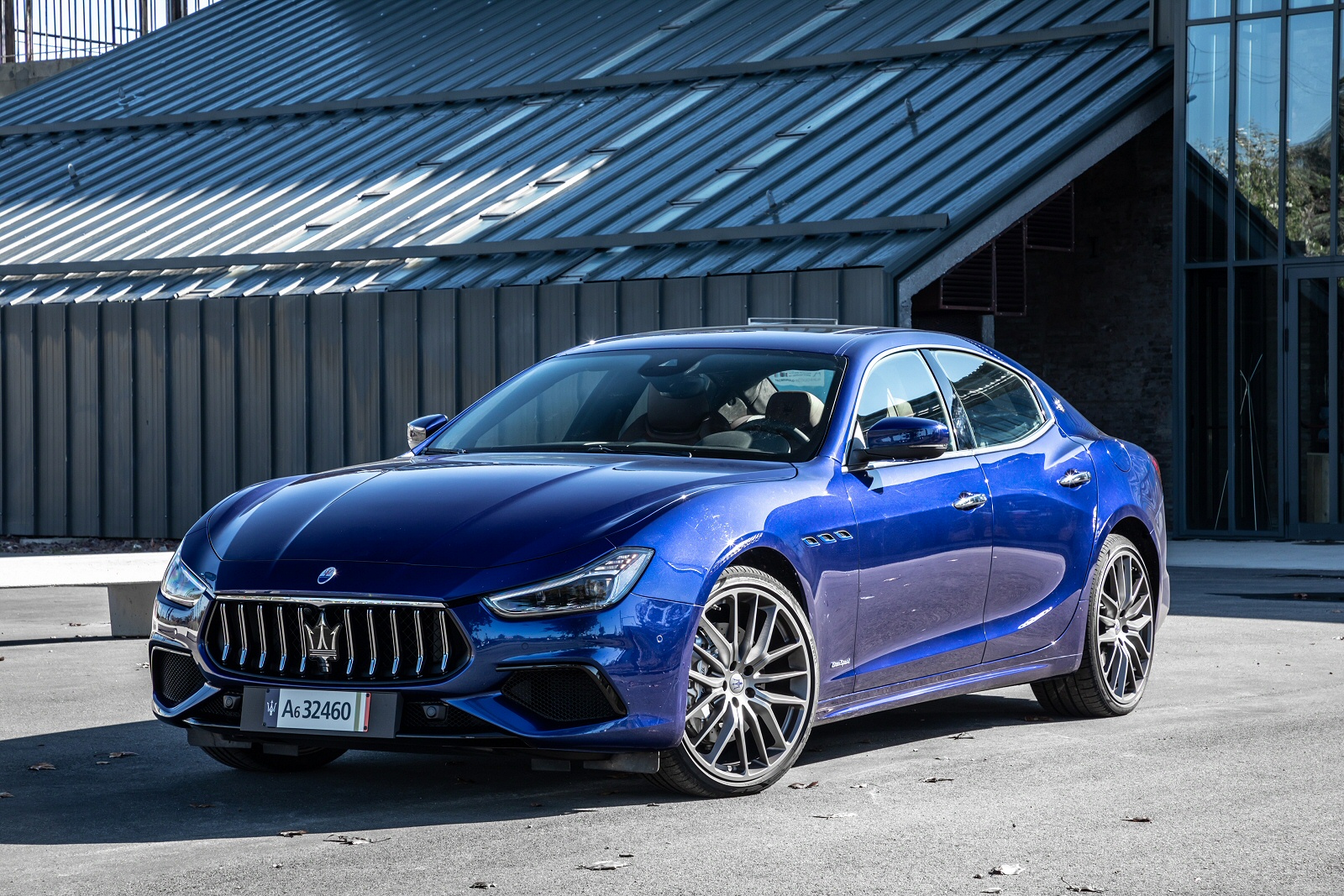 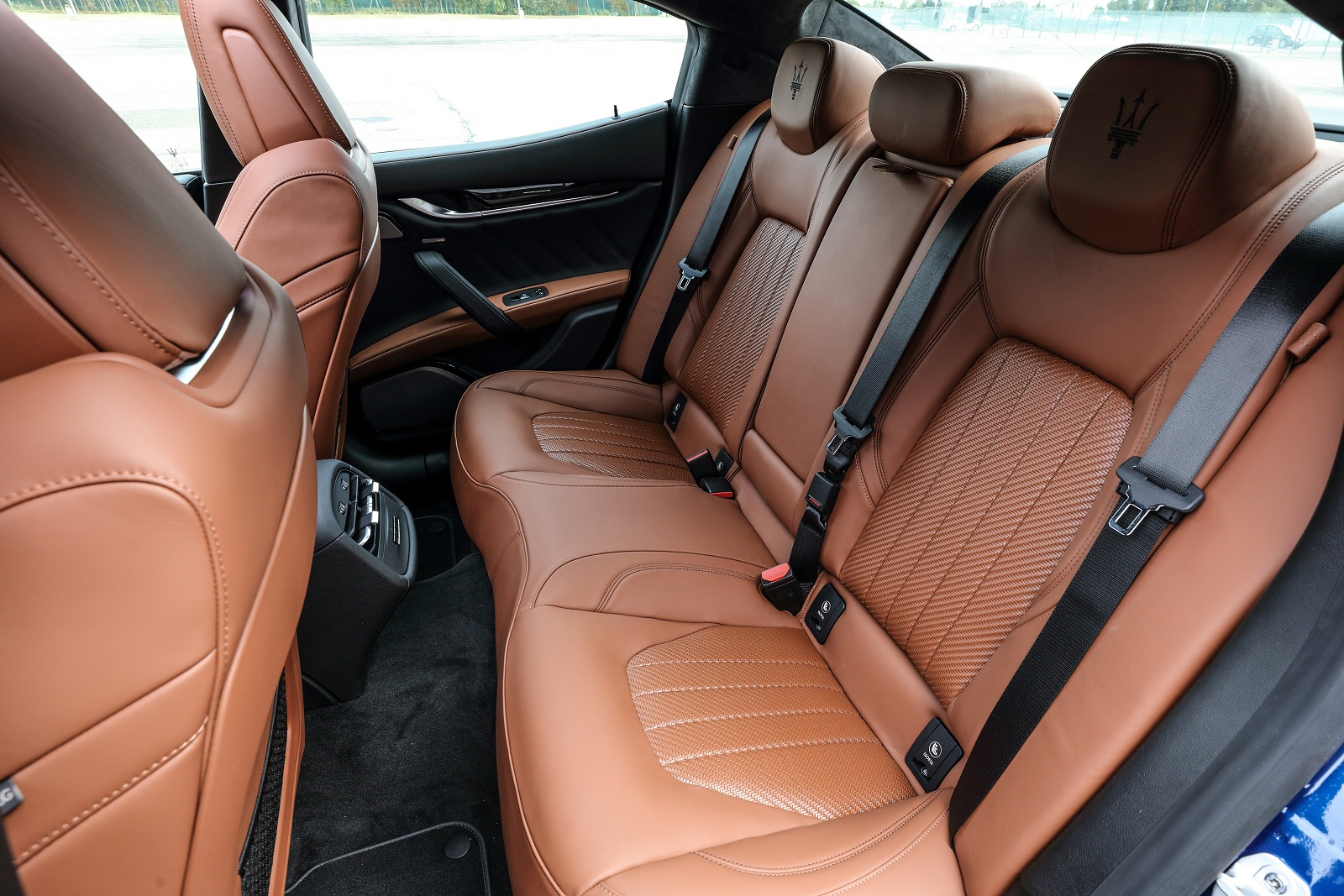 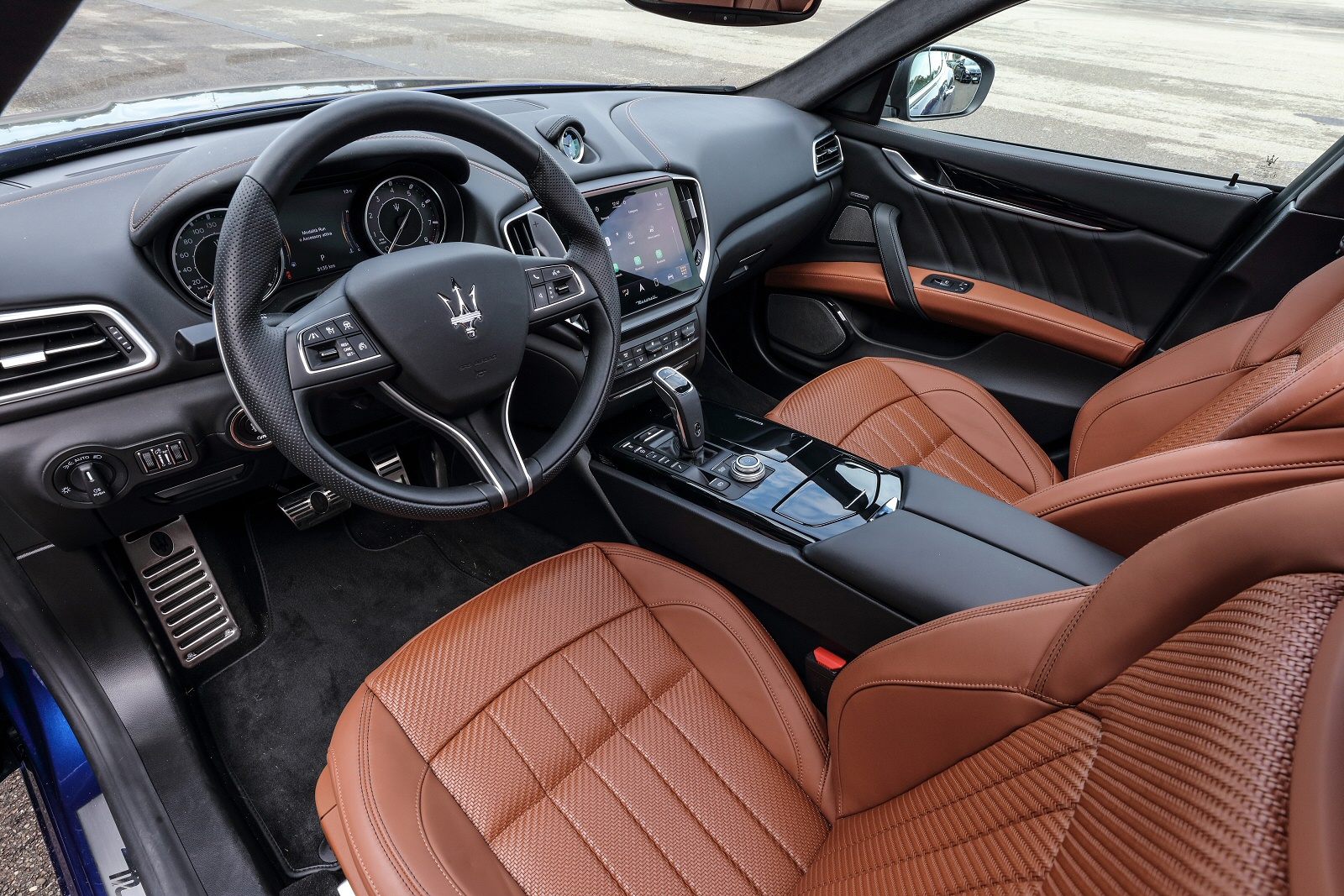 A Maserati instead of a BMW 5 Series? That's the dilemma buyers are faced with the brand's Ghibli saloon, now improved. Jonathan Crouch reports.

The third generation Ghibli, launched here in 2014, was Maserati's attempt to move from a low volume boutique manufacturer to one able to shift far bigger numbers. It first mainly sold in diesel form, but these days, black pump-fuelled customers are targeted by a petrol Hybrid variant - and there are powerful charismatic V6 and V8 petrol variants further up the range.

The Ghibl has proved to be a pivotal car for Maserati and it accounts for most of the marque's current global sales. It's been a case of putting all the corporate eggs in this one rather handsome basket. One that could hardly be more important. The Italian manufacturer wants to sell 50,000 cars per year going forward and this sleek Latin sports saloon remains crucial to that aim. Is this 'M157'-series model really up to it? Maserati loyalists will probably remember the Ghibli sportscar of the early 1990s. That 'AM336'-series car was fast, fun and more than slightly flawed, but was instrumental in repairing Maserati's reputation after some of the awful product decisions of the 1980s. Those with longer memories might even recall the brutal and beautiful Giugiaro-designed 'AM115'-series original of the 1960s. In short, the Ghibli badge is one with provenance. When going into battle with the likes of the BMW 5 Series and the Jaguar XF, Maserati needs all the help it can lay its hands on.

The big news first. You can now buy a Maserati Hybrid. Yes, I know that sounds about as likely as a Ferrari pick-up truck but get over the initial shock and you'll realise that if trying to compete in the executive market in Europe, a brand would be utterly scotched without a good hybrid these days - and it'll compensate the folk who used to choose the 3.0-litre V6 turbodiesel that is no longer available in this car. Whether the electrified Ghibli is a 'good' hybrid is a matter for debate. The electrification offered here is of the 'mild' 48-volt form, so it can't ever run without the aid of its 2.0-litre 330hp four cylinder engine. But said powerplant is decently rapid,particularly if you slot the drivetrain into its 'Sport' mode. The engine drives through the rear wheels only via an 8-speed ZF auto gearbox. You may well feel though, that a four cylinder powerplant, electrified or not, is insufficient to create the kind of charismatic appeal that a Maserato should have. If so, you'll start your search in the rear-driven petrol-only Ghibli portfolio with the V6 Ghibli Modena. Like the Hybrid, this 350hp derivative takes just under 6s to reach 62mph, on the way to a top speed in the region of 160mph - but it sounds far more appealing while it's doing it. The V6 is also available in an uprated 430hp state of tune in the Ghibli Modena S. Or, if you want this Maserati to have a properly charismatic growl, you'll need to stretch to the V8-powered Ghibli Trofeo at the very top of the range, which has 580hp, almost enough to give a BMW M5 a good seeing to.

The design team for the 'M157'-series third generation Ghibli worked under the auspices of Gio Ribotta, Maserati's exterior design manager, who points to styling cues from the brand's legendary Tipo 61 'Birdcage' model, although to be honest, they're lost on me. Think of the Ghibli as a truncated Quattroporte and you're not too far off the mark. It looks anything but a hall of mirrors aping of the elegant QP though and it has its own muscularity that distances itself from the executive car mainstream. It shares much the same drivetrain and suspension with its bigger brother and weight has been cut by building the doors and internal cross members from aluminium, with the dashboard structure constructed in magnesium. It shares the same drivelines and suspension, steel monocoque and production line as Maserati's larger model, but the Ghibli is a foot shorter, with very different coachwork. The suspension is as you'd expect with front double wishbones and a multilink rear, this time using electronically adjustable dampers all round. Drop inside and the interior feels and looks reassuringly expensive and well screwed together. Rear legroom and headroom isn't at all bad and there's even a big 500-litre boot. In case you were wondering, yes, you do get that iconic Maserati dash-mounted analogue clock. The information systems never feel quite as slick or as technologically dense as German and Japanese rivals, so if you want the latest in toy tech, you might find the Maserati wanting. If you prefer to make a dramatic entrance, however, there's really nothing to touch it.

The Ghibli has been positioned as a rival to the established full-Executive saloon segment elite but does it really square up competitively against them or is there a premium to pay for that badge? Prices open at around the £67,000 mark for the 330hp GT Hybrid version, which you might not think to be unreasonably given that something like a BMW 540i would be needed to properly compete. Allow a budget of just under £74,000 for the 350hp V6 Ghibli Modena - or around £86,000 for the V6 430hp Modena S. There's a big price jump though, to the top V8-powered Trofeo flagship model, which offers 580hp, sounds amazing but costs around £107,500. Standard equipment on all models includes 18-inch alloy wheels, bi-xenon headlights with LED daytime running lights, plus lovely quad exhaust tips. The interior meanwhile, features electrically powered and heated leather seats, wood trim and a punchy eight-speaker stereo system. There's also a mechanical limited slip differential and climate control with no fewer than 13 vents.

Nobody buys a Maserati and expects it to offer tiny running costs but the Hybrid version of the Ghibli makes some very respectable WLTP numbers. Helped by its standard 48-volt mild hybrid system, this variant manages a combined cycle fuel economy figure of up to 33.3mpg - which is better than you might be expecting. True, this Italian saloon can't get anywhere close to the efficiency figures of diesel-powered rivals, but at least the figures are reasonably justifiable for your company accountant to swallow, as is the quoted CO2 best of 192g/km. Which isn't at all bad for a big car that will accelerate to 62mph in just 5.7 seconds. Naturally, the V6 petrol-powered models are a good deal thirstier, the 330hp Ghibli Modena consuming fuel at a combined cycle rate of 25.2mpg. For the Modena S, it's 25.0mpg. Don't awsk about the figures for the V8 Trofeo version.... Across the range, residual values will be the big ticket item, but such is the economy and cachet of the diesel model in particular that it might well perform very well indeed.

Maserati bet the family jewels on the Ghibli and still can't afford for it to fail. With this car, the company has staked the heritage and exclusivity of its famous trident badge and put its product right into the face of some of the most talented cars on the market. Does it square up? On a purely objective basis, you might wonder. Obvious rivals have, after all, been at it for too long, have too much in the way of development budget and have refined their wares to a finely honed edge. That said, the Ghibli isn't that far off their pace and is a formidable effort from Maserati. What's more, there's a bigger sense of occasion about this car that counts for a lot when buyers are forking out this sort of money. Prestige matters a whole lot and it's why BMW, Audi and Mercedes have been so successful. The Ghibli's not perfect of course. Its ride quality needs work and the infotainment systems feel a generation or two behind its key rivals. That said, it's a car that's impossible to dislike and has a charisma and appeal all of its own. Will it take Maserati where the company wants to go? We'll have to wait and see for that but if you were presented with the choice between a BMW 5 Series and a Maserati Ghibli, would you really be able to resist the lure of the Italian car? I know I couldn't.